Scottish children’s charity, Aberlour has published a new report which warns thousands more families are at risk of falling into poverty due to the economic impact of the COVID-19 pandemic.

Aberlour issued the warning after the true extent of increased demand on its Urgent Assistance Fund was revealed in the new report, which was prepared by Professor Morag Treanor from the Institute of Social Policy, Housing, Equalities Research (I-SPHERE) at Heriot-Watt University.

Between March and August this year the charity gave out over £370,000 in emergency cash grants, with demand for the fund increasing by over 1,000% based on the same time period last year, while the value of grants given out increased by 52%. In total 3,264 children were supported by the fund.

The report also found that 71 per cent of the applications were made by single parents, despite single parent families only making up 25 per cent of the population in Scotland[2]. Meanwhile, Aberlour found the number one reason for families requiring emergency cash was because of parental mental health issues (17% of families), which shows the hugely negative impact the pandemic is having on people’s mental health.

Other applications were for bedding, baby supplies or to replace essential white goods in the home including fridges, washing machines and cookers.

The recent labour report release by the Office of National Statistics (on 10 November) has found that the UK’s unemployment rate rose to 4.8% in the three months to September, up from 4.5%, and redundancies rose to a record high of 314,000 during the same period pushing more families towards the edge of poverty.

This November Aberlour has launched its urgent ‘Surviving Winter Appeal’ to raise funds that will go towards tackling poverty and inequality across Scotland.

SallyAnn Kelly, Chief Executive of Aberlour Children’s Charity warned: “When the lockdown started, we feared that it would have a devastating impact on families living in or on the edge of poverty. This has sadly proved to be the case.  While our services have continued to support children and families throughout Scotland, and our supporters have donated magnificent sums to our Urgent Assistance Fund, we need to continue to raise more money to sustain our vital work and reach more families at risk of falling through the cracks.” 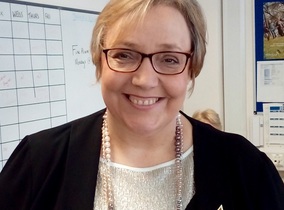 Professor Morag Treanor from the Institute of Social Policy, Housing, Equalities Research (I-SPHERE) at Heriot-Watt University who wrote the report, said: “What is striking here is that all of the applications made to the Urgent Assistance Fund were for basic essentials that are needed to survive. This demonstrates that there is a level of need across families in Scotland that is really quite fundamental and absolute, and on a higher scale than we have seen for some time.”

A family support worker, who referred many families to Aberlour, said:

“It was particularly tough for the families referred to Aberlour who had been doing quite well and managing fine financially, and never had to worry about the benefit system. All of a sudden, they or their partner lost their job, and they couldn’t afford to pay the bills or put food on the table. That for them was a huge shock; when you have gone from managing, feeling really quite confident about your monthly budget, and then that just falls down overnight. It wasn’t just the financial impact, but the emotional impact too. One parent came to us and asked, how do I feed my children?! I have no money left. That was the biggest change from COVID, families who have never struggled before, their worlds were suddenly torn apart.”

In Sue’s words, “Life feels hopeless when your kids are cold and hungry….”

Aberlour has worked with Sue’s family for three years and is there for the long haul.

Sue says “Aberlour gave my family a meaning, they gave us a voice. Before we felt forgotten; after Angela from Aberlour got involved, we were heard”.

[1] Aberdeenshire is the only Local Authority that didn’t make an application to the UAF.